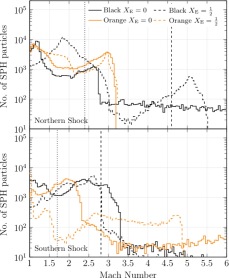 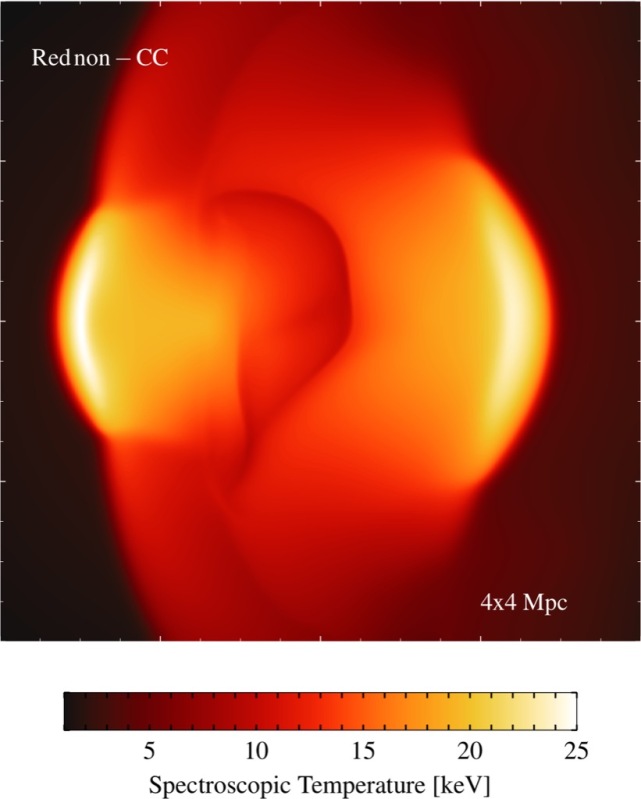 The giant radio relic in CIZA J2242.8+5301 is likely evidence of a Mpc sized shock in a massive merging galaxy cluster. However, the exact shock properties are still not clearly determined. In particular, the Mach number derived from the integrated radio spectrum exceeds the Mach number derived from the X-ray temperature jump by a factor of two. We present here a numerical study, aiming for a model that is consistent with the majority of observations of this galaxy cluster. We first show that in the northern shock upstream X-ray temperature and radio data are consistent with each other. We then derive progenitor masses for the system using standard density profiles, X-ray properties and the assumption of hydrostatic equilibrium. We find a class of models that is roughly consistent with weak lensing data, radio data and some of the X-ray data. Assuming a cool-core versus non-cool-core merger, we find a fiducial model with a total mass of $1.6 \times 10^{15}\,M_\odot$, a mass ratio of 1.76 and a Mach number that is consistent with estimates from the radio spectrum. We are not able to match X-ray derived Mach numbers, because even low mass models over-predict the X-ray derived shock speeds. We argue that deep X-ray observations of CIZA J2242.8+5301 will be able to test our model and potentially reconcile X-ray and radio derived Mach numbers in relics.