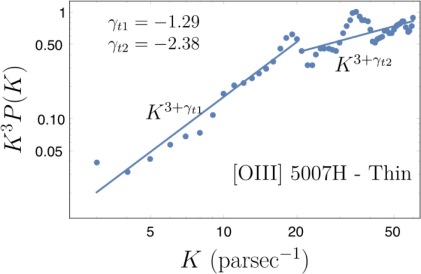 We study the effect of dust absorption on the recovery velocity and density spectra as well as on the anisotropies of magnetohydrodynamic turbulence using the Velocity Channel Analysis (VCA), Velocity Coordinate Spectrum (VCS) and Velocity Centroids. The dust limits volume up to an optical depth of unity. We show that in the case of the emissivity proportional to the density of emitters, the effects of random density get suppressed for strong dust absorption intensity variations arise from the velocity fluctuations only. However, for the emissivity proportional to squared density, both density and velocity fluctuations affect the observed intensities. We predict a new asymptotic regime for the spectrum of fluctuations for large scales exceeding the physical depths to unit optical depth. The spectrum gets shallower by unity in this regime. In addition, the dust absorption removes the degeneracy resulted in the universal $K^{-3}$ spectrum of intensity fluctuations of self-absorbing medium reported by Lazarian & Pogosyan. We show that the predicted result is consistent with the available HII region emission data. We find that for sub-Alfv\’enic and trans-Alfv\’enic turbulence one can get the information about both the magnetic field direction and the fundamental Alfv\’en, fast and slow modes that constitute MHD turbulence.