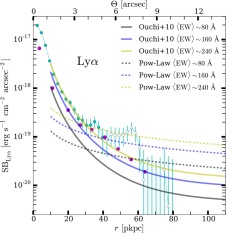 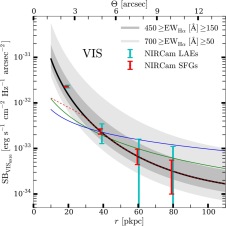 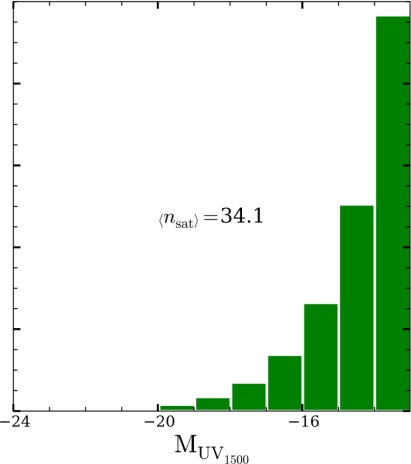 Lyman alpha halos are observed ubiquitously around star-forming galaxies at high redshift, but their origin is still a matter of debate. We demonstrate that the emission from faint unresolved satellite sources, $M_{\rm UV} \gtrsim -17$, clustered around the central galaxies may play a major role in generating spatially extended Ly$\alpha$, continuum (${\rm UV + VIS}$) and H$\alpha$ halos. We apply the analytic formalism developed in Mas-ribas & Dijkstra (2016) to model the halos around Lyman Alpha Emitters (LAEs) at $z=3.1$, for several different satellite clustering prescriptions. In general, our UV and Ly$\alpha$ surface brightness profiles match the observations well at $20\lesssim r \lesssim 40$ physical kpc from the centers of LAEs. We discuss how our profiles depend on various model assumptions and how these can be tested and constrained with future H$\alpha$ observations by the James Webb Space Telescope (JWST). Our analysis shows how spatially extended halos constrain (i) the presence of otherwise undetectable satellite sources, (ii) the integrated, volumetric production rates of Ly$\alpha$ and LyC photons, and (iii) their population-averaged escape fractions. These quantities are all directly relevant for understanding galaxy formation and evolution and, for high enough redshifts, cosmic reionization.