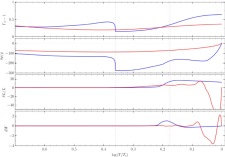 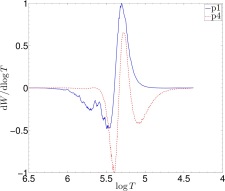 The $\kappa$-mechanism has been successful in explaining the origin of observed oscillations of many types of “classical” pulsating variable stars. Here we examine quantitatively if that same process is prominent enough to excite the potential global oscillations within Jupiter, whose energy flux is powered by gravitational collapse rather than nuclear fusion. Additionally, we examine whether external radiative forcing, i.e. starlight, could be a driver for global oscillations in hot Jupiters orbiting various main-sequence stars at defined orbital semimajor axes. Using planetary models generated by the Modules for Experiments in Stellar Astrophysics (MESA) and nonadiabatic oscillation calculations, we confirm that Jovian oscillations cannot be driven via the $\kappa$-mechanism. However, we do show that in hot Jupiters oscillations can likely be excited via the suppression of radiative cooling due to external radiation given a large enough stellar flux and the absence of a significant oscillatory damping zone within the planet. This trend seems to not be dependent on the planetary mass. In future observations we can thus expect that such planets may be pulsating, thereby giving greater insight into the internal structure of these bodies.