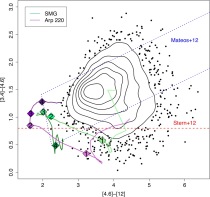 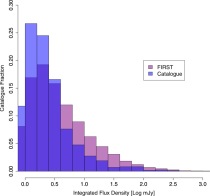 A large fraction of active galactic nuclei (AGN) are “invisible” in extant optical surveys due to either distance or dust-obscuration. The existence of this large population of dust-obscured, infrared-bright AGN is predicted by models of galaxy – supermassive black hole coevolution and is required to explain the observed X-ray and infrared backgrounds. Recently, infrared colour-cuts with WISE have identified a portion of this missing population. However, as the host galaxy brightness relative to that of the AGN increases, it becomes increasingly difficult to differentiate between infrared emission originating from the AGN and from its host galaxy. As a solution, we have developed a new method to select obscured AGN using their 20 cm continuum emission to identify the objects as AGN. We created the resulting Invisible AGN Catalogue by selecting objects that are detected in AllWISE (mid-IR) and FIRST (20 cm), but are not detected in SDSS (optical) or 2MASS (near-IR), producing a final catalogue of 46,258 objects. 30 per cent of the objects are selected by existing selection methods, while the remaining 70 per cent represent a potential previously-unidentified population of candidate AGN that are missed by mid-infrared colour cuts. Additionally, by relying on a radio continuum detection, this technique is efficient at detecting radio-loud AGN at z > 0.29, regardless of their level of dust obscuration or their host galaxy’s relative brightness.