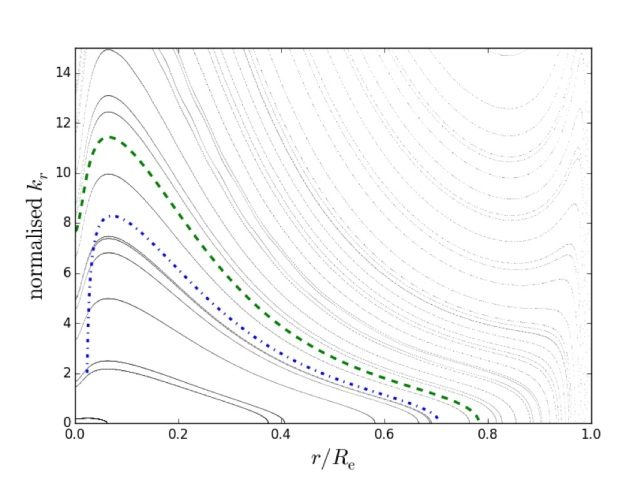 Most of the information we have about the internal rotation of stars comes from modes that are weakly affected by rotation, for example by using rotational splittings. In contrast, we present here a method, based on the asymptotic theory of Prat et al. (2016), which allows us to analyse the signature of rotation where its effect is the most important, that is in low-frequency gravity modes that are strongly affected by rotation. For such modes, we predict two spectral patterns that could be confronted to observed spectra and those computed using fully two-dimensional oscillation codes.

Comments: 3 pages, 1 figure, to appear in the proceedings of the Joint TASC2 & KASC9 Workshop SPACEINN & HELAS8 Conference “Seismology of the Sun and the Distant Stars 2016”