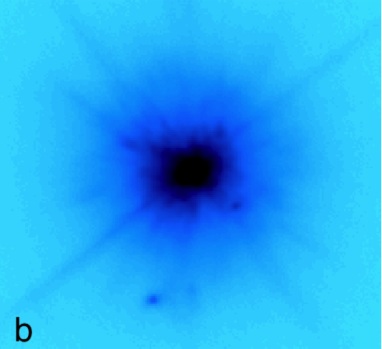 $\mu$ Her is a nearby quadruple system with a G-subgiant primary and several low mass companions arranged in a 2+2 architecture. While the BC components have been well characterized, the Ab component has been detected astrometrically and with direct imaging but there has been some confusion over its nature, in particular whether the companion is stellar or substellar. Using near-infrared spectroscopy we are able to estimate the spectral type of the companion as a M4$\pm$1V star. In addition, we have measured the astrometry of the system for over a decade. We combined the astrometry with archival radial velocity measurements to compute an orbit of the system. From the combined orbit, we are able to compute the mass sum of the system. Using the estimated mass of the primary, we estimate the mass of the secondary as 0.32 M_sun, which agrees with the estimated spectral type. Our computed orbit is preliminary due to the incomplete orbital phase coverage, but it should be sufficient to predict ephemerides over the next decade.