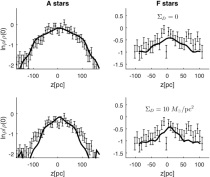 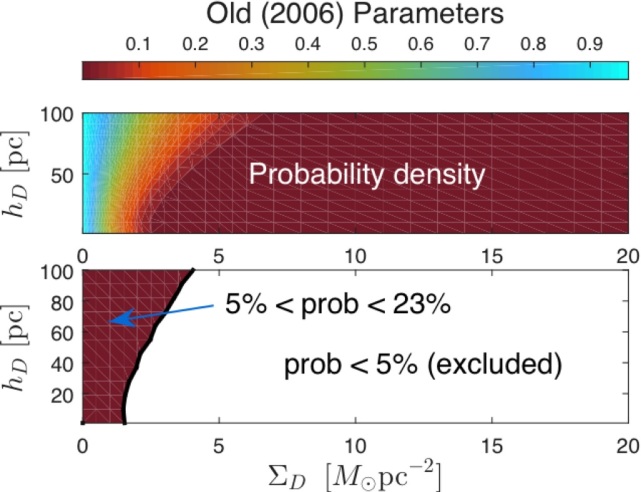 We update the method of the Holmberg & Flynn (2000) study, including an updated model of the Milky Way’s interstellar gas, radial velocities, an updated reddening map, and a careful statistical analysis, to bound the allowed surface density and scale height of a dark disk. We pay careful attention to the self-consistency of the model, including the gravitational influence of the dark disk on other disk components, and to the net velocity of the tracer stars. We find that the data set exhibits a non-zero bulk velocity in the vertical direction as well as a displacement from the expected location at the Galactic midplane. If not properly accounted for, these features would bias the bound toward low dark disk mass. We therefore perform our analysis two ways. In the first, traditional method, we subtract the mean velocity and displacement from the tracers’ phase space distributions. In the second method, we perform a non-equilibrium version of the HF method to derive a bound on the dark disk parameters for an oscillating tracer distribution. Despite updates in the mass model and reddening map, the traditional method results remain consistent with those of HF2000. The second, non-equilibrium technique, however, allows a surface density as large as $14\, M_\odot\,{\rm pc}^{-2}$ (and as small as 0), demonstrating much weaker constraints. For both techniques, the bound on surface density is weaker for larger scale height. In future analyses of Gaia data, it will be important to verify whether the tracer populations are in equilibrium.

Comments: Accepted for publication in ApJ